Did you know? You can build a flowchart interaction in your eLearning using only native Lectora® and Lectora Online shapes and text buttons. Flowcharts are a great visual way to show how a process works—and with Lectora’s button states you can even make your flowchart interactive. 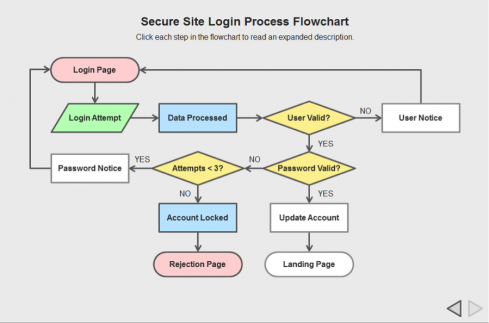 In a recent Trivantis® webinar, Jane Hart, Founder of the Centre for Learning and Performance Technologies, lists interactive flowcharts as a great option for performance support. “Perhaps it could light up the path in a particular way as they work through the flowchart,” says Jane. “So I think it’s open to a lot of imagination and interest to creating these resources so they really are of value to people, so perhaps not just provide them with a static flowchart… but really offering a lot of opportunity and guidance.”

Head over to the Trivantis Community to download this free flowchart interaction for Lectora and Lectora Online!