In college, I had to take an entire semester of Typography. That’s right—in the realm of higher education, there exists a semester-long, 400-level course all about typefaces.

Spoiler alert: If you’re trying to tell the difference between Arial and Helvetica, look at the differences of the uppercase G or the lowercase t. Or you can take a look at the helpful graphic I’ve mocked up here with the help of Buzzfeed’s extremely informative Cats as Fonts article.

Because I love our Lectora® users, I’m going to spare you the labor-intensive, meticulously kerned homework projects and give you the highlights right here.

Unless you’re actually writing a comic.

Okay, I think that’s all you need to know. Blog over. Just kidding! Let’s get to the good stuff. 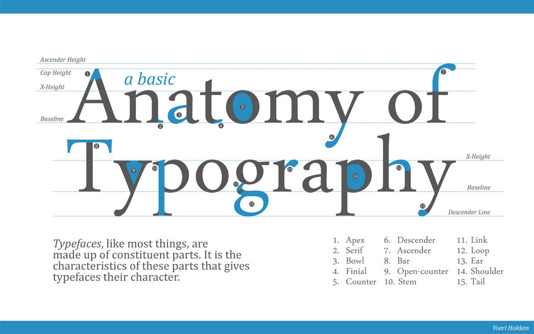 Here’s a boring definition of a serif: a slight projection finishing off a stroke of a letter in certain typefaces.A more interesting way to think of them, courtesy of Purdue University’s Online Writing Lab, is to picture serifs as feet. Since “sans” comes from the French for “without,” you can see fonts as having feet or being without feet.

Which is better? Controversy swirls around this debate. I personally prefer a nice serif font—they’re classy and I like classy things—but my fellow Lectora writer swears by Helvetica—one of the most popular sans serif fonts.

Tracking is the amount of space between letters in a complete word or sentence. It’s more of a computer term that is traditionally known as letter-spacing. It’s often confused with kerning, which we’ll get to next.

Kerning describes the act of adjusting the space between characters (including those between the words) to create a harmonious pairing. For example, where an uppercase ‘A’ meets an uppercase ‘V’, their diagonal strokes are usually kerned so that the top left of the ‘V’ sits above the bottom right of the ‘A’.

The amount of kerning can vary in between different letters in one word, but tracking is applied evenly.

Confused? You can practice your kerning skills with The Kerning Game. That’s right—there are typography games! I know; I just blew your mind.

Thought we were done talking about spacing? Nope! Leading describes the vertical space between each line of type. The term derives from the days when strips of lead were used to separate lines of type in the days of metal typesetting.

This has nothing to do with sports—sorry! In typography, the baseline is the line upon which most letters sit and below which descenders (such as the lower loop of a ‘g’) extend. The baseline grid is your friend; it helps you align your text so that it flows smoothly. The baseline grid ensures your text has the correct leading and is vital in any layout that uses columns.

In every typeface, the height of each character is based on the height of the lowercase x. This is known as each character’s x-height. The ascenders and descenders follow from there. If you’re pairing typefaces—for example using a different face to draw attention to one thing—it’s a good idea to pick two that share a similar x-height.

Check out our Tips from a Graphic Designer blog for more typography and design tips. And don’t forget to subscribe to the Lectora e-Learning Blog for fun design goodies, e-Learning info and Lectora news.